Why Did the Robot Cross the Road?

My wife was sick of working in front of her computer all day. So I coaxed her out to lunch. We had been talking about Turkish food for a while, and opted to go find an Iskander. The closest Turkish restaurant our side of The Bay is Turkish Kitchen, just a block or so from the UC Berkeley Campus. 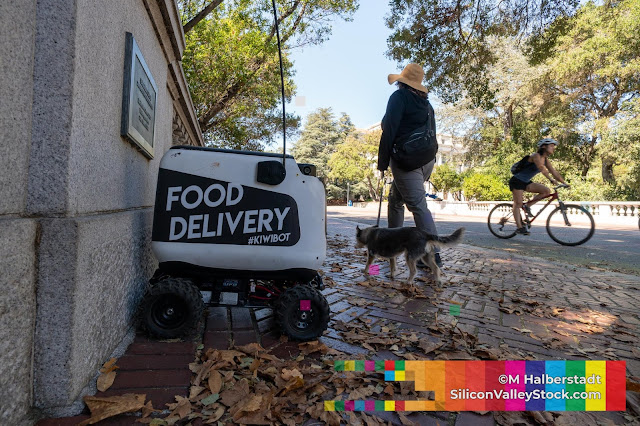 I already had those Kiwibots on my stock photo shoot list- Kiwibots are delivery robots that autonomously deliver food on and around the UC Berkeley campus. 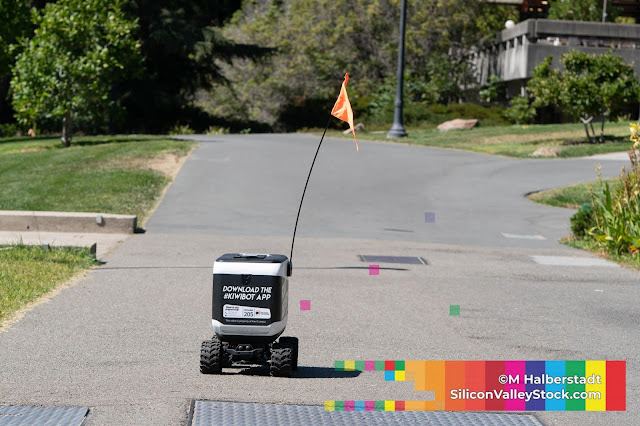 Finally we spotted one and I stalked it. 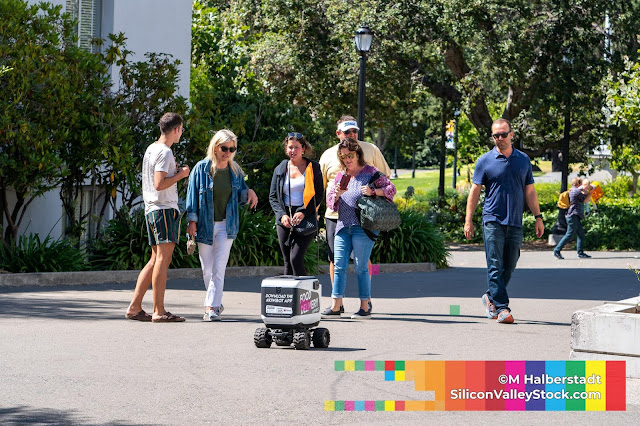 The robot moved at a brisk walking pace- maybe 5mph. 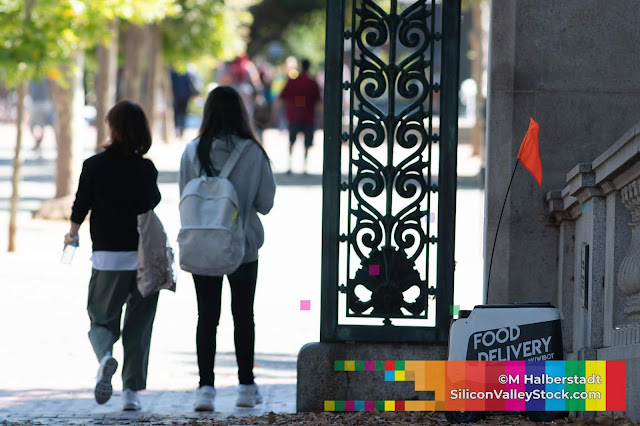 At times it drove like it was drunk, once veering on to the grass and back on with no obstacles in the way. 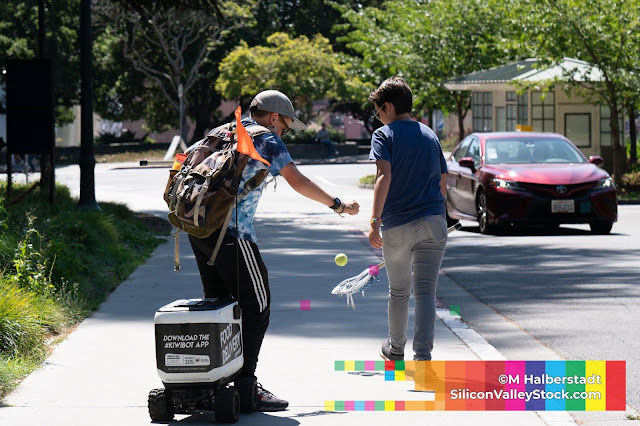 A couple of kids tried to mess with the robot at some point. They'd stand in the way of the robot to make it stop. Then one kid jumped in the path of the robot and was hit. But no harm, they're light and the kids kept messing with the Kiwi. 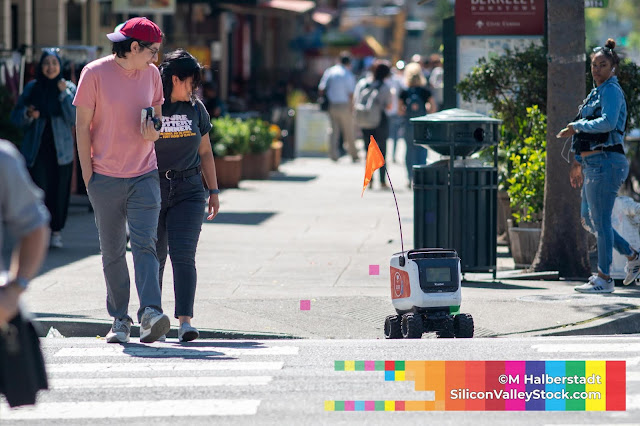 It was fun watching passers-by and their reaction. Unlike other autonomous vehicles I'd stalked over the years, these appear to be completely autonomous. There wasn't a minder walking behind the Kiwis. Every vehicle I'd seen in operation had a driver in it, even if they didn't do anything. And the handful of delivery robots had a minder with a remote control watching: like the one in the San Jose Parking lot, or BoxBot. 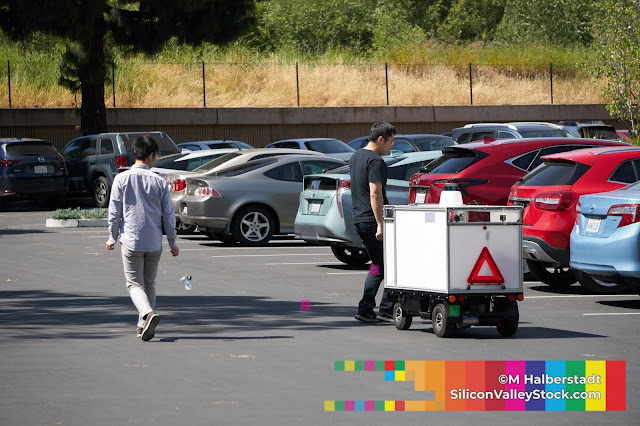 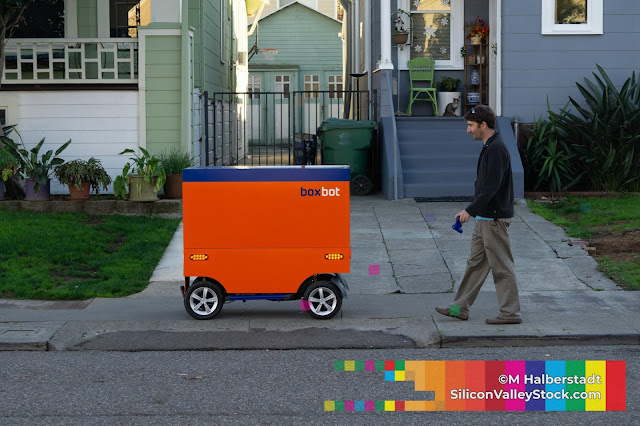 So After a few minutes of stalking a young the Kiwibot approached a young woman holding a cell phone (actually two!) The lid opened and she grabbed a bag from it. 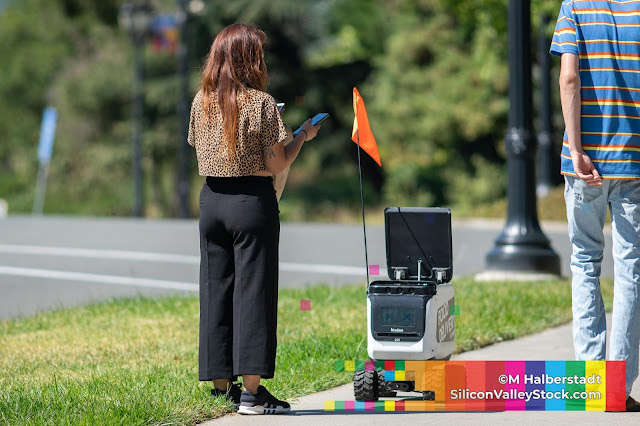 So as for the stupid joke in the title..... Why did the robot cross the road? To get its battery replaced. It's true! 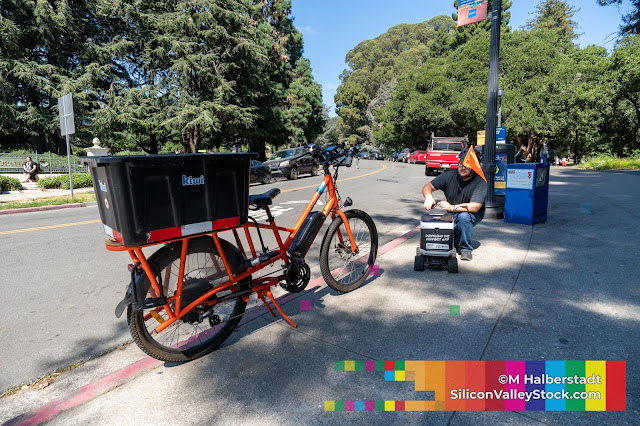