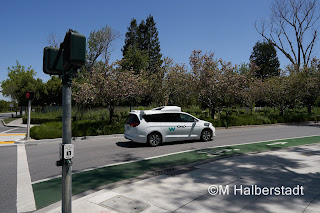 For the first time in a while, I took off to try and stalk the self driving car programs of Silicon Valley. I started at Google X. But I was quickly disappointed with what there was to see there. Unlike in years past, there was very little activity. And what there was to be seen there was visually similar to what I'd seen before. 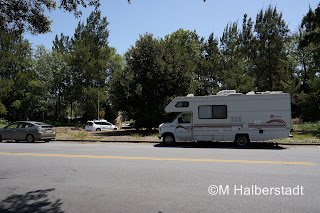 After a few stock shots at Google X, I headed off to Apple's "secret" Titan project buildings I'd stalked before. But there was absolutely nothing going on there. I did some quick research on my phone to find that it looks like Apple cut back on that program. 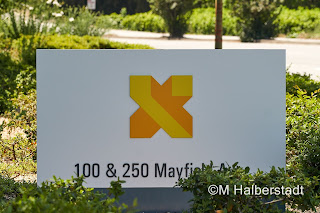 So I poked around the usual spots on the Interwebs looking for new Silicon Valley autonomous vehicle startups. And I found Pony.ai in Fremont. 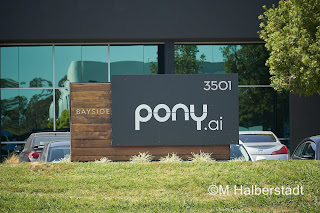 On my way over, I spied a Lidar rack- so good sign. Arriving at the Pony.ai Silicon Valley HQ, there were in fact a couple of Lidar equiped Lincoln MK-Z's. Unfortunately there was no legal parking nearby. So I illegally parked and got these shots.

Take a look at all the photos here. 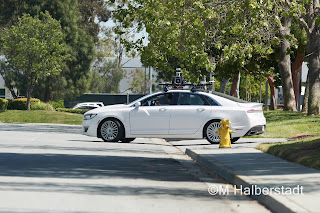 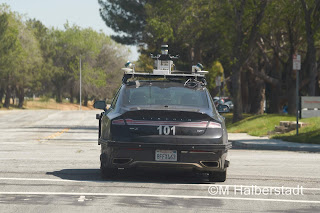 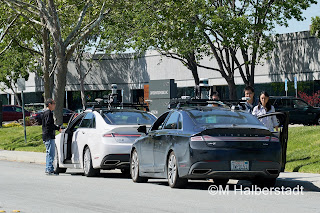 Labels: autonomous vehicle in the wild pony.ai self driving